Why Commercial Roof Repair is not Cheap 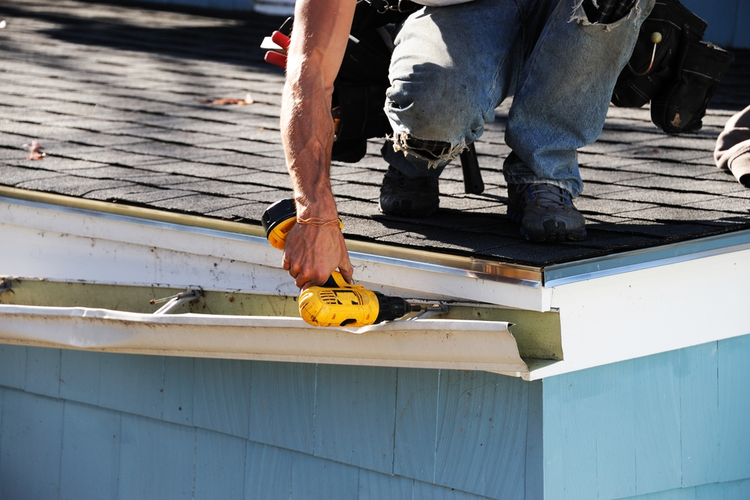 Some of the business owners that call around to get a quote about commercial roof repair end up with chest pains when they hear how much it is going to cost to fix their roof. Although it is understandable to get an initial shock, they should not be so surprised. Commercial roofs are oftentimes very large and cost millions of dollars to build, so in order to repair them the right way, it costs a lot of money.

Depending on the type of roof that is being repaired, and the extent of the damage that it has suffered the repairs can be anywhere from thousands to millions of dollars. Sometimes the materials themselves cost much more than the average person would imagine.

If you think about it on the scale of a structure that has a roof the size of a couple of football fields you can imagine that the cost of that roof to build in the first place is more than the average home.

The extent of the damage that a roof like that would have in order to merit a repair would most likely be because something large broke through it, or that an undetected issue caused extensive damage over a long period of time. When there is significant damage that spreads over a large area of the roof the costs seem to get higher and hire because there will be a need for more materials and longer hours of work to get the job done. If the situation is an emergency that calls for a worker to be up on the roof during off hours, there will be an even larger bill at the end.

Although a residential roofing job will cost considerably less than a commercial one, that does not mean that it takes any less skill or work to accomplish. However, there are a lot of differences between the way each one works.

A commercial structure will have a higher level of expectations because not only does it cover the building and keep it safe from the damaging winds and rains that happen, but it also has to protect the people that are underneath it.

Most residences only house 5 or fewer people, or sometimes more, depending on the dynamics of the residents. Commercial buildings can house upwards of a thousand people at any given time. Each and every one of those people will be covered by insurance while they are in that building if the insurance is legally in place.

When a roofer comes out to fix a roof that will cover thousands of people they have to make sure that whatever they do is going to be safe and reliable. Of course, they have to for every place that they work on, but there is much more at stake under the roof of a commercial building.

One of the most popular types of commercial roofs is the ones that are made up of built-up layers of bitumen. This is when there is an underlying membrane that is put into place by the roofers, then built upon with layers of modified rubber or tar.

If there is an issue with this type of roofing the one thing that roofers have to consider is the large membrane that is under the buildup. It is not like a waterbed where you can simply apply a rubber patch to get it fixed up and ready to go, depending on the size of the leak and what is causing it there may have to be a great deal of construction to repair a leak on one of these roofs.

Another popular type of commercial roofing is metal construction. The metal panels are held into place by screws and provide a strong defense against rain and snow. This kind of roofing is very strong and dependable if it is installed correctly, but if it is not done right, it can end up causing a lot of damage down the road.

For example, if the panels have enough play in them to move around they can bend and move to where the screws that are supposed to be holding them in cause the panels to have large gaps where they are supposed to be held in place. When there are several of these places that have been weakened because of poor installation practices, it can cause the entire roof to be compromised and need to be reinstalled.

In addition to poor installation metal roofs can be damaged by wind, hail, and other violent instances of powerful storms.

One other method of roofing for commercial structures is the spray foam method. This is when the existing roof is treated with a strong polyurethane covering that helps to keep the roof protected even more than the existing roof.

Since this type of protection is so effective, the only time that there is a need for repair is if there is damage from an outside source that penetrates the foam and the structure of the roof. When this happens the underlying roof will have to be prepared in whatever fashion deemed necissary for the situation, but the foam will also have to be reapplied. Depending on the size of the area of damage the entire roof may have to be pulled off and reinstalled, which would be pretty costly because of the extent of work and materials that it would take to make it happen.

Most of the flat roofs that are on commercial buildings are made up of bitumen, otherwise known as asphalt. This is where layers of asphalt are laid upon the roof upon a protective membrane or polyurethane sealer that helps to keep water and moisture away from the wood underneath.

This is the kind of roof that can be spread over a wide range of space. Many warehouses and multiple office buildings have flat roofs that are made out of asphalt and rocks, or asphalt and a protective covering.

This is the kind of roofing that tends to be heavy on the structure, but lasts for very long periods of time and can remain strong for decades. If this type of roof is damaged it can be fixed in patches without having to redo the whole roof. However, there is a lot of work that goes into repairing one.

Commercial roofing is costly so it is to be expected that when a commercial roof has to be repaired or replaced that it is not going to be a low price. Some companies pay a certain amount of money each month so that if something happens and the roof needs to have work done on it there is already money towards it and there will not be such a big shock if an emergency roof situation happens. Regardless of if it is already paid for, or not, the cost of fixing commercial roof problems are not cheap.